One of the most difficult parts of traveling China is getting by without knowing the language. Thankfully, there are several great resources for English language speakers to learn Mandarin Chinese. Here’s a list of the best apps to help you learn Mandarin for your trip, as well as a crash course on the Mandarin words & phrases you should know.

Though the Chinese language is made up of over 200 dialects, Mandarin is the most commonly used language in mainland China. Unless you’re spending most of your time in Hong Kong, Macau, and parts of China’s Guangdong province that speak mainly Cantonese, I highly recommend focusing on learning some words & phrases in Mandarin, as it’s mostly what you’ll hear. English is not very widely spoken, even in large cities like Beijing.

Simplified Chinese was implemented in the 1940’s by the Chinese government in order to improve the literacy rate. It was just as the name implies – a more simplified version of Traditional Chinese characters. Over the years it’s evolved a bit more, which makes it more difficult to translate from one to the other than you might think. But I’m not an expert on that so we won’t get into it here.

Pinyin, also developed in the 1940’s, is a way of spelling out Chinese words and phrases using Latin characters, which makes it much easier for Westerners to learn the written language. For example, it is much easier for us to learn how to say “hello” in Mandarin Chinese by seeing it spelled nĭ hăo, rather than seeing it as 你好.

I highly recommend you spend some time learning Pinyin before your trip so you can have a good idea of how to properly pronounce words you need to look up during your travels. A great resource for this is the Yabla Pinyin Chart.

Language dictionaries and phrasebooks have been useful for decades. While technology has now advanced to a point where carrying around a large book is unnecessary, many still do prefer using a physical book. During my 2-week trip to China I brought the Visual Mandarin/English Dictionary by DK, which I highly recommend for visual learners to prepare for a trip to China. However, it was a heavy book to carry around and not easy to refer to when needed. If you want to bring a physical phrasebook with you, I recommend the more compact Lonely Planet Mandarin Phrasebook & Dictionary.

You may also consider making your own phrasebook using a small moleskine-type notebook. That way you can write the Chinese pronunciation of a word the way it sounds to your own ears. You can also add useful words and phrases to it as you go. You can even ask the locals to add to it!

The following words and phrases in Mandarin Chinese were useful to me every time I visited China. Remember that Mandarin is a tonal language, so the meaning of a word can change depending on how it’s pronounced. I’ve included audio files below, which will help you remember how the most useful Mandarin words and phrases are pronounced.

How to say ‘yes’ and ‘no’ in Mandarin

Mandarin is a very structured language, and saying yes or no isn’t quite as simple as it is in English. You might get along fine just saying bù (pronounced “boo”) for no and shì (pronounced “she”) for yes, but there may still be some confusion.

For example, I told a taxi driver in Guangzhou that I had to stop at a bank machine, then realized I had enough cash to pay for the whole trip after all. I told the driver using a language app. He replied: “So you don’t need me to stop at a bank machine?” I couldn’t answer either bù or shì and be easily understood. This could have gone a lot easier if I’d done a bit more research about the different translations of yes and no before my trip.

Méi cuò (没错)  means you agree with something (directly translates to “that’s not wrong”).

Yǒu (有)  means something is a definite fact.

Xíng (行) or kě yǐ (可以) is usually used to give your permission or approval.

Hǎo ba (好吧)  can be used if you reluctantly agree with something.

Bù xíng (不行) or bù kě yǐ (不可以)  can be used if you do not give permission for something.

Méi yǒu (没有)  means you don’t have (or haven’t done) something.

Bù duì (不对)  means you disagree with something.

*Note the difference in pronunciation between qī and shí.

Even if you do decide to take a phrasebook or dictionary with you, there are some great free apps that can also help you prepare for your trip, and navigate through the language once you’re there. I’ve tried many apps during my visits to China and there were 5 that were the most useful to me:

My all-time favourite app for learning Mandarin is ChineseSkill, which is a free app that’s similar to Duolingo, but is specifically designed for learning Mandarin Chinese. This app has useful lessons designed for absolute beginners, and lets you advance your skill with games and challenges that range from easy letter-matching to more difficult simulated conversations.

Get the ChineseSkill app for iPhone or Android.

This is a great app for learning Mandarin numbers. Once you’ve learned the basic characters, you can play the quiz game, which will help you to translate spoken numbers. Even though most shopkeepers use calculators to show prices in familiar Arabic numerals, there may be times when you need to translate costs and timings, and this app is very helpful with preparing for that.

Get the Chinese Number Trainer app for iPhone or Android.

Pleco is a handy Chinese-English dictionary. It’s no good for translating whole phrases, but it’s fantastic if you need to look up a word in English or Mandarin. I used this often to help me decipher items in menus around the country. It can be used offline as well, which is great if you don’t have access to wifi.

Get the Pleco app for iPhone or Android.

Google Translate is also a helpful app to have. Download the offline Chinese dictionary, and make sure you add a Chinese handwriting keyboard from the settings app on your phone so others can easily communicate with you. The translations aren’t always perfect, but they’re good enough to make a huge difference.

Get the Google Translate app for iPhone or Android.

The Learn Chinese app is great if you’re only in China for a short time and just need some basic Mandarin words and phrases. It gives you several free categories such as Greetings, Transportation and Eating Out (the rest can be purchased with a premium plan). Each category has a list of common phrases, for which you can see & hear the correct Chinese translations and bookmark the ones you need most. It’s not the most comprehensive list, but it’s great to have when you need to quickly reference a simple phrase.

Get the Learn Chinese app for iPhone.

Ready for your trip?

I’ve compiled a list of useful travel tips for first time visitors to China. Here you’ll find advice on how to get around, what to prepare before your trip, how to stay healthy while you’re on the road, and more.

I’ve also created a printable travel planner that will help make trip planning your trip to China a breeze. This 7-page PDF has spots to fill in hotel and flight details, emergency info, must-do activities and more. It is available as an instant digital download in the Onwards + Upwards shop.

If you’re looking for more information about cultural activities in China, check out my guide to Chinese Opera, which details the main types of this unique art form and where to see it.

*Please note that this article was written prior to the Covid-19 pandemic so some information may have changed. 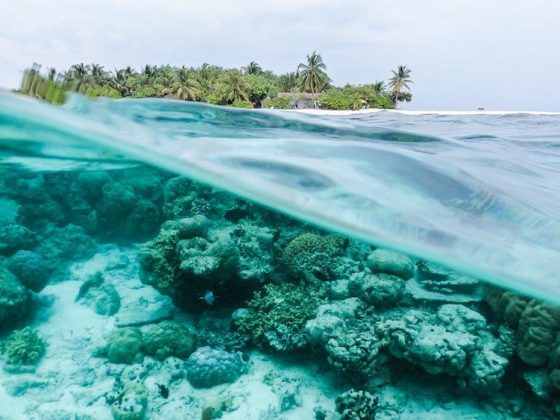 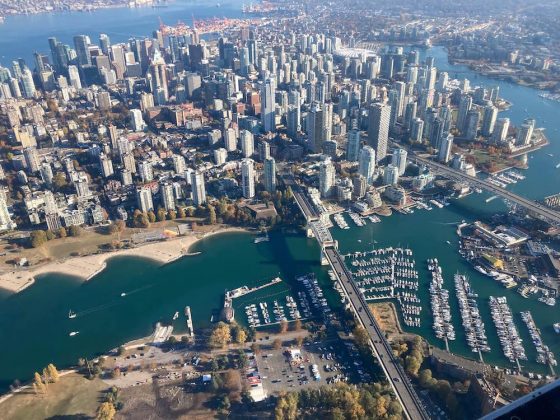 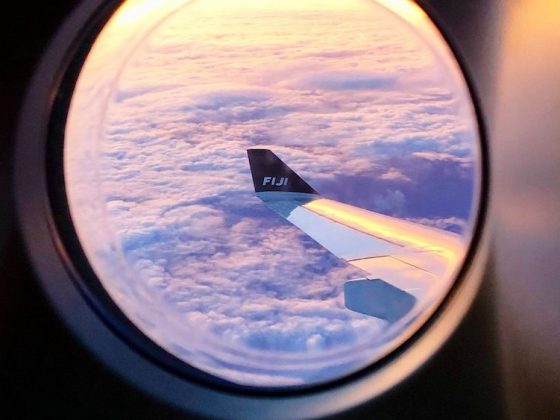 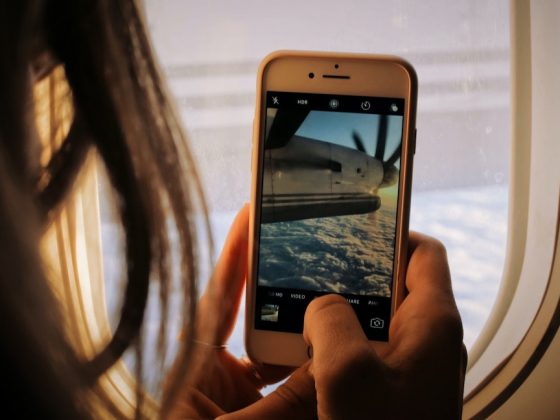 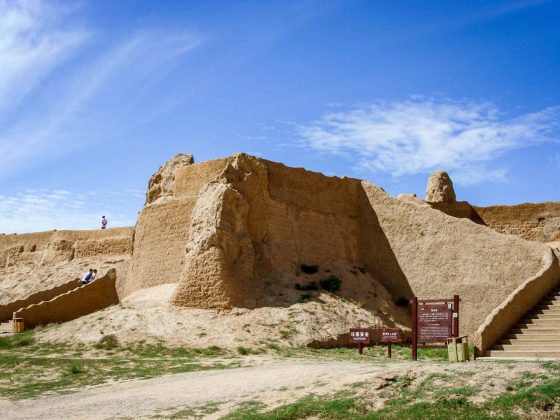 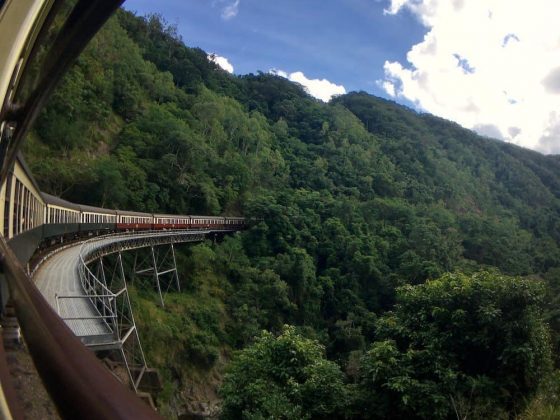 A Trip On The Kuranda Scenic Railway 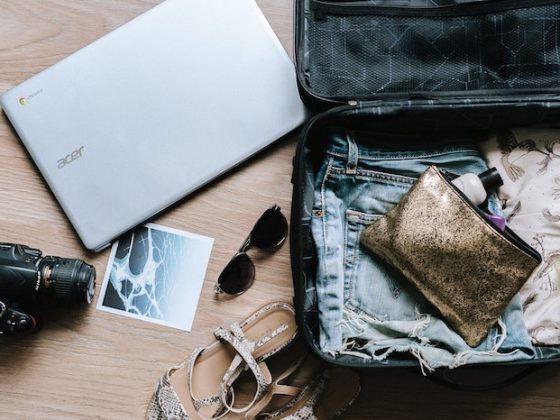 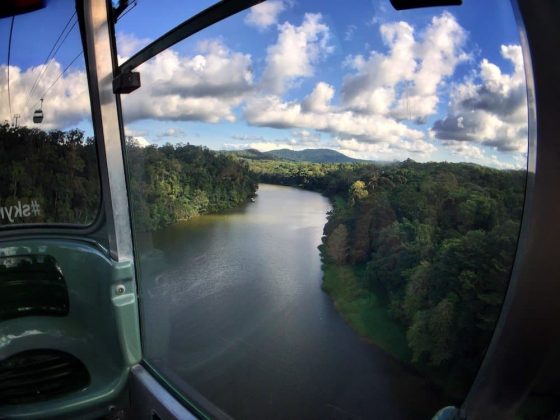